Winchcombe Biv was built in 2021 by members of the exNZFS group using a grant from the Backcountry Trust. The chair of exNZFS John McCann, along with builder Paul Gush, led the build. Other volunteers involved were Mike Wilkinson, Josh Murray, Hitiri Turner, Grant Timlin, Sandy Allan, Megan Dimozantos and Greg Barber.

The hut is owned by the Backcountry Trust but managed by the exNZFS volunteers under a management agreement with the Department of Conservation.

This is the third biv in this location on this classic, long Tararua track between Cone and Mt Hector. The first bivvy built to the same design by the NZFS in 1966 was built in 1966 and was replaced in 1984 with a relocatable stand up bivvy. This only lasted four years before being moved to another location in the Western Hutt catchment and left this long route without a reliable water source and shelter. It was a long slow process to get the biv reinstated but now that Winchcombe Biv No. 3 is in the route is once again getting the popularity it deserves. 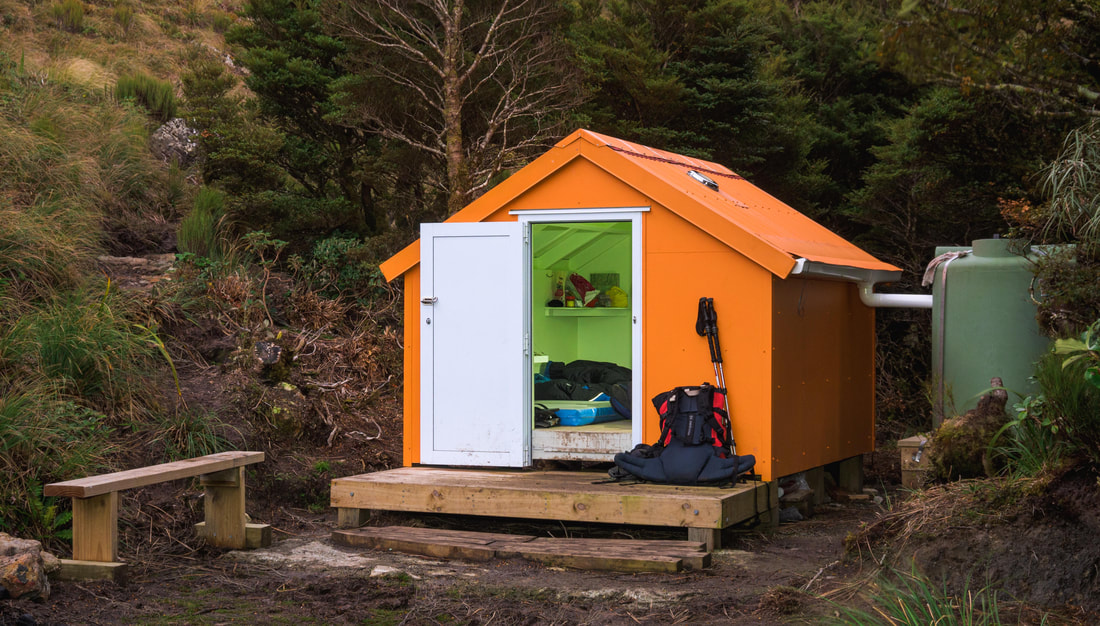